98% of us could lack vital vitamin D new research suggests

Less than one in fifty people are getting the amount of vitamin D their bodies’ need and the number of people showing signs of deficiency is growing.

Mental health symptoms have spiked, in those surveyed, with a 130% increase in depression and 65% rise inseasonal affective disorder (SAD) compared to when the same research was carried out three years ago. 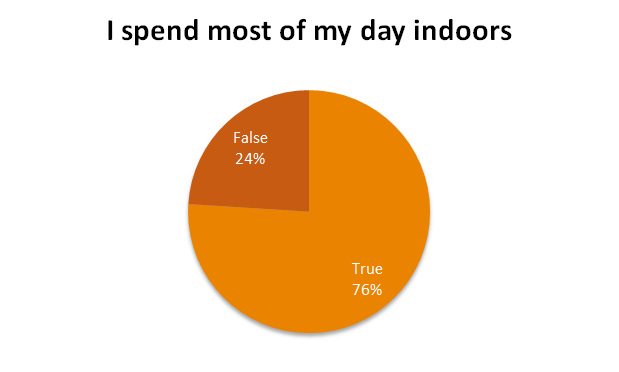 Our increasing indoor existence is a major factor in our vitamin D production.

These factors are simply impacting everyone’s vitamin D levels – meaning people are going into the winter with low levels, hence why so many people have so many symptoms associated with deficiency.

Other findings from the survey show that most (80%) often feel tired, with 67% saying they had less energy and muscle strength than they thought they should. This is a 40% rise on 3 years ago.

Half of people consider themselves to be overweight (51%) and two thirds suffer with aches and pains in bones and joints (67%).

The government are now starting to act, but the public needs to listen.

We are now hoping that the draft SACN (Scientific Advisory Committee on Nutrition) report will be approved and implemented soon, to limit the impact on the NHS through symptoms and diseases which could easily be avoided.

The report proposed that all people in the UK over the age of one supplement with vitamin D due to our minimal sunshine exposure from spending too much time indoors and cloudy weather conditions.

The SACN reported that;

National Vitamin D Awareness Week runs every October in the run up to the clocks going back. For more information visit www.vitamindawarenessweek.co.uk

Return to The Health Hub